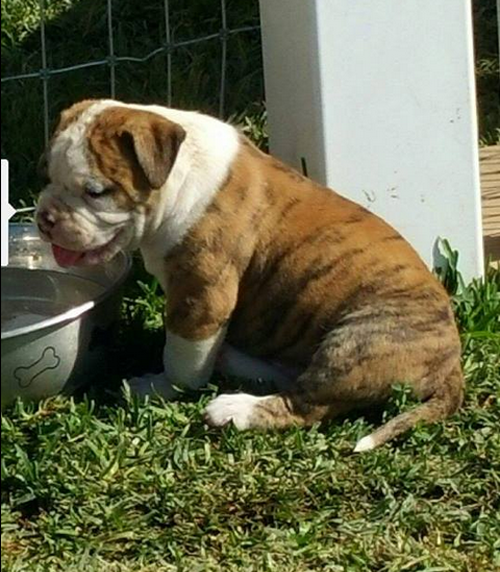 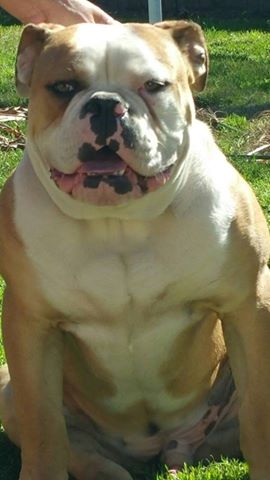 A word from your American Bulldog Breeder California:

These are the attributes most used to describe the American Bulldog. This breed is an athletic, hardy, all-purpose dog. American Bulldogs are fantastic family pets. They are great with children and other pets and fiercely protective. There are numerous stories of American Bulldogs showing great heroism in protecting it’s master. This breed can be used to hunt most game, from squirrels to bears! This breed has even been known to guard stock animals from predators in addition to driving cattle!

The Bulldog originated in England, where they were bred to be a working dog. Their initial tasks included driving/catching cattle and protecting their master’s property. As the English immigrated to the American South they also brought with them their prized companions. By the end of World War II the working bulldog had almost disappeared. Thanks to the work of John D. Johnson and Allen Scott the breed was saved from extinction. In 1999 the American Bulldog was recognized by the United Kennel Club in the working class.

The American Bulldog coat is short, close, and stiff to the touch. These dogs come in several coat styles including: